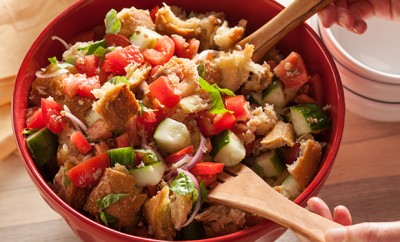 Having been born in a true punjabi household , I have grown up with aromas of spices and for me a meal is not completed till its not cooked with a perfect Spice blend . As Indians we use a lot of spices in our meals and thats what makes our curry has been widely accepted all over the world.

Today Britain boasts of more than 25 thousand curry houses in London alone and more so British Celebrate National curry week in May every year . On one of my recent culinary trips to UK , I saw a Pub called The Curry Tree, somewhere in Surrey. Intrigued by its unusual name, I chose to have a drink there with my friends. On browsing the menu I came across most of the dishes had extra spice mark on the side and we were in splits on reading their description of the Chicken Tikka Masala , which read: Caution Extra hot as the mother in laws tongue and spicy as the blond. Wikipedia defines A “spice “as a dried seed, fruit, root , bark or vegetable substance used in nutritionally insignificant quantities as a food additive for flavor , colour or as a preservative that kills harmful bacteria or prevents their growth. It may be used to flavour a dish or to hide other flavours.. In the kitchen, spices are distinguished from herbs , which are leafy green plant parts used for flavoring.

Humans have been using spices since 50,000 BC. The spice trade developed throughout the Middle east in around 2000 BC with cinnamon and pepper, and in East Asia (Korea, China) with herbs and pepper. The Egyptians used herbs for embalming and their need for exotic herbs helped stimulate world trade. The word spice comes from the Old French word “espice” which became “epice” and which came from the Latin root “spec”, the noun referring to appearance, sort, kind (‘Species’ has the same root.)

By 1000 BC, China, Korea and India had medical systems based upon herbs. Early uses were connected with magic, medicine, religion, tradition, and preservation. Many spices are used for other purposes, such as medicine, religion , cosmetics, perfumery or for eating as vegetables such as turmeric cinnamon and garlic etc. In India Spices are used to rustle up scrumptious delicacies tests why not only our curries but our diverse cuisine is globally popular. Indian spices are more than just ingredients added for flavor and aromas to the food.From the time immemorial Spices have been used to cast the magical spell .However ,the magical spell may not only be referred to supernatural always.A mouth watering dish or a healing herb can also caste a magical spell and our Indian spices like perfectly serve these purposes .The history of Indian Spices narrates a long story of trading with ancient civilizations like Rome, China etc. India climate is conducive for growth of array of spices .India grows 75 types of spices out of 109 listed in ISO -international organization of standardization .

Today our spice trade has grown leaps and bound only to contribute majorly toward international trade . I have always been experimental with spices in my cooking , rather than limiting myself to conventional ways .I love to blend spices and herbs to get some unique aromatic spice blends to enhance the taste and aromas of the dishes I cook.Although, I admit it is a little time consuming process and patience is a virtu most needed here as sometimes the results are mind blowing .Few days back while cooking a dish with chickpea flour ,I used a blend of Carom Seed (Ajwain) and Aseoftida (Hing ) and the result was amazing. We’re all familiar with the strong note of a single spice or herb dominating a dish: cinnamon in an apple pie, cumin in a chili, oregano in a pizza sauce. But when it comes to getting creative with more than one spice or herb, our courage often falters and we chicken out . Instead, we reach for the jar of prepared ground spices or dried herbs, favoring such generic blends with such labels as “curry powder” or “Italian seasoning.”

There are many classic spice blends , popularly used all over the world, even if you don’t feel like concocting your own spice blends, there’s still a wider variety of flavor mixes which are available for purchase either online or in ethnic markets. I am going to share Some of my favorite global blends from around the globe with all of you but with a promise in return that you , start trying them out at home.

BAHARAT – A Spice mix which is Sweet, savory, and warm with subtle heat baharat means “spices” in Arabic — exemplifies the culinary spirit of the Levant. Black pepper, cumin, coriander, nutmeg, cloves, and cardamom appear in most variations, but some also contain generous proportions of paprika and allspice; in North Africa, baharat is especially fragrant, perfumed with crushed rose petals. Use baharat to season KOFTA KABABS , couscous, or lamb made in any fashion. Baharat really enhances the flavor of eggplant, and if you can break with tradition, try it in a batch of ratatouille . To me baharat is somewhat like our Glorified Garam masala

Tabil is a blend of coriander, caraway, garlic, and cayenne. Tabil is a simple Tunisian spice mix, somewhere between earthy and pungent and bright and citrusy. Tunisian cooks use tabil liberally in all manner of soups and stews. Its sunny notes are just the thing for a hummus-inspired chickpea soup garnished with hard-boiled egg. It’s also a low-maintenance, high-impact way to brighten up a platter of roasted vegetables or grilled fish. Blend it with a bit of olive oil oil and use in salads .

Za`atar is an Arabic spice mix ; heady with dried oregano, thyme, citrus-scented sumac, and nutty-earthy sesame seeds. Za’atar is a seasoning blend popular in the Middle East and Iran. Persian and Lebanese restaurants often serve it sprinkle atop a dish of olive oil as an accompaniment to flatbread , but it also adds zingy depth when stirred into soups and stews, added to a batch of pesto, or sprinkled onto a pile of braised greens.

Ras el Hanout – Used throughout Algeria, Tunisia, and Morocco, ras el hanout resists pigeonholing. The name translates as “best of the shop,” and merchants might mix their signature offering from more than 30 different spices, which leaves plenty of room for variation. Popular versions, though, tend to be heaviest on cinnamon, cardamom, nutmeg, black pepper, and turmeric. They’re used to infuse the region’s rich, meat-based stews, or tagines, with ethereal fragrance. You can also use it as a rub for roast chicken, or to turn simple lentil soup into a dish of enchantment.

Herbes de la garrigue. You’re probably familiar with herbes de Provence, that dried-herb blend from the south of France. Herbes de la garrigue is a bit of a playful cousin, the one who sneaks out on weekends and has more fun. (“Garrigue” refers to the scrubland of southern France, untamed but gorgeous in its own way.) Redolent with rosemary, thyme, savory, and bay leaves, herbes de la garrigue is excellent on a smoky, grill-roasted leg of lamb, but you could also blend it with a bit of olive oil before massaging it into torn pieces of stale bread for a bread salad .

Berbere – There are two distinct fragrances that give Ethiopian cooking away: nit`irqibe , the ubiquitous spiced butter, and berbere , the fiery, rust-colored spice blend heavy with chiles and paprika that laces some of Ethiopia’s best-known stews, or wots. Berbere also partners well with the vegetables of late summer and early fall. Try using it in a soup with browned onions and lentils, or as a racy garnish for deviled eggs.

Panch Phoron – If you’re a fan of northern Indian cooking, the Bengali five-spice mix known as Panch phoron should be always available in your spice rack in the kitchen . Along with garam masala (which really has run away with the Indian spice-blend show ) panch phoron captures the distinctive taste of Bengal. It’s warm, earthy, nutty, and slightly bitter, and, because the spices aren’t ground, a mix comes together in no time. A mixture of equal parts cumin, fennel, black mustard, fenugreek, and nigella seeds, panch phoron is frequently prepared as a Tadka (Saute) in which whole spices are fried in oil to release their fragrance, then added to a finished dish. But the blend can also be added to a dish earlier in the cooking process, provided the spices are given the opportunity to toast. Whether you choose frying or toasting, prepared panch phoron is a cinch to work with and agreeable enough to complement almost any vegetable, though it particularly charms the socks off cauliflower and onions . For an early-summer treat, pair it with whole roasted new potatoes.

Every Brazilian kitchen (every cook, really) has its own interpretation, but most versions list white pepper, oregano, parsley, and any number of varieties of chile among their constituents. Some spicier versions contain turmeric and cumin, while others are more herbal and might also include marjoram, basil, and bay leaves. Brazilian cooks use tempero baiano with abandon (the blend originated in the country’s northern state of Bahia and translates to “Bahian seasoning”), and you might find yourself doing the same. After you put together a version with your name on it, use it to season your next pot of beans , a shellfish boil, or a mess of sharp greens (mustards or collards would be choice) tempered with coconut milk.

Having written all this my salivary glands are sweating and sure enough I am going to make a nice healthy and a tasty Bread salad. But don’t worry I am not going to pen off with out sharing the recipe with you guys.

Panzanella, the classic Mediterranean tomato-bread salad, is a great way use tomatoes at their peak and use up tired bread, too. Plus, it feeds a crowd. You can stretch and embellish it by adding any number of ingredients, including drained chickpeas, chopped cooked green beans, Kalamata olives, diced cucumber, or chopped roasted peppers, but at heart, the recipe relies on good bread and ripe tomatoes. Panzanella can be heavy on the oil. Here, the dressing features the collected juice of chopped tomatoes, keeping it light and bright.

Place the smashed garlic and diced tomatoes in a colander over a bowl, so you catch all the tomato juice. Leave in a cool spot for an hour or longer, or refrigerate overnight.
Whisk the olive oil into the accumulated tomato and garlic juices for a minute or so, until emulsified. Add the cumin, coriander, and red-pepper flakes. Whisk in the vinegar.
Tumble the bread cubes onto a generous platter or serving bowl. Pour half the dressing over the bread. Mix gently. Wait a few minutes so the bread can absorb the flavors.
Scatter in the herbs, then the tomatoes. Add the remaining vinaigrette, mix gently, and serve.
COURSE: SaladSKILL LEVEL: Child Friendly