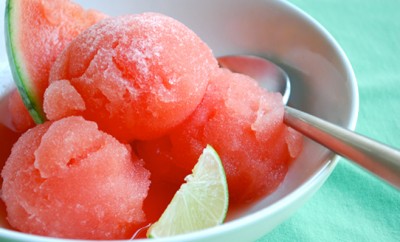 When Red is Uber Cool- The New Indian Express

Last week I was in China to receive the Gourmand Best Cookbook (Foreign cuisine) award for my third book On the Kebab Trail. Of course, besides the excitement of receiving the award, which is like the Oscar of cookbooks, there was excitement of exploring China, as it was my first trip to Beijing and Shanghai. We have all heard about the Great Wall of China, the Forbidden City, all of which were magnificent and majestic but I was advised to visit the Watermelon Museum in Beijing’s Daxing District. Yes, you read it right. An entire museum dedicated to the watermelon.

The museum is a modern, well laid-out shrine to China’s favourite summer fruit. The museum is filled to the rafters with facts about cultivation, breeding technology, distribution and more of the fruit. Only it is not really geared towards foreigners, so be prepared to rely on pictures for information—although this place is all about the novelty.

I have always loved watermelon for its versatility. We can use its seeds for salads, medicinal purposes, eat the watermelon for its freshness and soothing effect, make juice and use the flesh for delicious summer salads.
Watermelon is a vine-like (scrambler and trailer) flowering plant known to have originated from southern Africa where it grew wild. The watermelon fruit, loosely considered a type of melon, has a smooth exterior rind (usually green with dark green stripes or yellow spots) and a juicy, sweet interior flesh (usually deep red to pink, but there are also white and yellow varieties). A watermelon contains about 6 per cent sugar and 91 per cent water by weight. As with many other fruits, it is a rich source of Vitamin C and is preferred by those watching their weight.

Evidence of its cultivation in the Nile valley was found from the 2nd millennium BC. Watermelon seeds have been found at 12th dynasty sites and in the tomb of pharaoh Tutankhamen’s tomb. Watermelon is also mentioned in the Bible .

By the 10th century, watermelons were being cultivated in China , which is today the world’s single largest watermelon producer. By the 13th century, Moorish invaders had introduced the fruit to Europe .

Watermelons were grown by Native Americans in the 16th century. Whatever the history, I await summers so I can enjoy my watermelon and mangoes, though thanks to imports the fruits are available all year long. But nothing like home grown mangoes and juicy watermelons. In fact, we can make at least three courses for our meals with just watermelon.

◆ Cut the melon in cubes and add all ingredients in a food blender. ◆ Blend well and serve chilled in a tall glass

◆ Blend all the ingredients in a food blender

◆ Remove the mixture from the blender and freeze in plastic container

◆ Once frozen, scoop out scoops in glass bowls and serve immediately