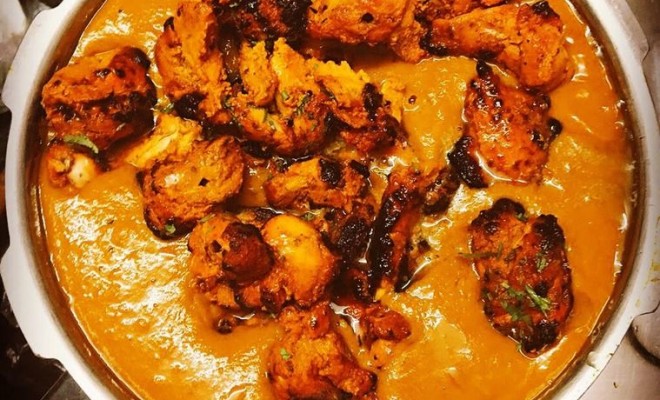 Italy wants its pizza to be on a global cultural heritage list. Which Indian dish should find a place on it?

Early last month, Italy announced that it would ask for the traditional Neapolitan Pizza to be included in UNESCO’s cultural heritage list for 2017. Should UNESCO agree, the art of making the Neapolitan Pizza will join the likes of gingerbread from Croatia and Georgia’s Qveri wine-making, which are already on UNESCO’s Intangible Cultural Heritage of Humanity list. That set us thinking — about India’s food heritage. Which intrinsically, incontrovertibly Indian dish would we nominate, if it ever came to that? Here is a subjective list.

Over 60 years ago, Kundan Lal Gujral, owner of the iconic Moti Mahal, in Daryaganj, directed one of his staffers to cook leftover tandoori chicken chunks (the restaurant’s original specialty) in a tomato cream gravy. The result was a succulent, easy-on-the-palate dish, which, because of its generous use of butter — and mild sweetness — came to known as Makhani Murg, or Butter Chicken. The rest, as they say, is history.

Decidedly Hyderabadi in nature, Mirch ka Salan, with its interplay of sweetness, sourness and pungency, is among the few dishes that brings together the Telangana, Karnataka and Marathwada styles of cooking. Popular lore has it that it was one of Emperor Akbar’s favourite dishes — “with local spices, condiments and souring agents from regions all over the kingdom, much like his dream for united kingdom” — but it most probably came into its own during the reign of Muhammad Quli Qutb Shah, who founded Hyderabad in 1591.

A winter specialty generally found in Delhi’s old bylanes, this hard-to-master, rich sweet-savoury-nutty dessert is essentially condensed milk forth served with sprinkling of sweet mawa, dry fruits and a drizzle of saffron juice that gives it a visual opulenence.

The technique used to harvest the milk froth or foam came from Afghanistan, but Daulat Ki Chaat was perfected during the reign of Sadat Khan of Oudh, and made in honour of Emperor Aurangzeb. It is often said that the chefs used winter night new to help it set.

Karnataka’s Bisi Bele Bhath, a nourishing and hearty dish that combines rice, lentils and vegetables in a spicy mix, can be had for breakfast, lunch or dinner. The late eminent food historian K T Achaya, in his book A Historical Dictionary of Indian Food, traced its origins to a 10th century dish called Kattaogara, which he described as rice mixed with ghee, salt and garlic. However, Mysoreans claim that the dish was invented around 300 years ago by a cook at the Amba Vilas Palace (more popularly known as the Mysore Palace). The cook, it is said, spiced up the humble rice-dal dish with cloves, turmeric, mustard seeds, pepper, cinnamon, tamarind, dried coconut and ghee-roasted cashew nuts. The BBB soon made its way into the famous vegetarians kitchens of Udupi, and vegetables were gradually added to transform it into an immensely popular one-pot meal.

The rasagulla was born in Puri, in Odisha, where this 700-year-old sweet dish was offered to Goddess Mahalakshmi as prasad, especially on the last day of the Rath Yatra. But Bikalananda Kar, from Salepur, near Cuttack, is credited with the bigger, softer, creamier form of the dessert we are familiar with today. The technique of steaming the chenna balls and then allowing them to slowly rise in a sugar syrup was first mastered by Kar.

Ibn Batutta encountered the Litti Chokha — “sun-baked wheat chunks” — back in the 14th century, but it was probably being eaten way before that, and was possibly a staple as far as back the time of the Nandas and Mauryas (around 300 BC). Litti is often considered to be the older cousin of the Rajasthani favourite, Dal-Bati-Churma, and was popular with the likes of Tantia Tope and Rani Lakshmi Bai, whose armies found it to be a perfect on-the-go meal. (The making of chokha needs no utensils but a low fire, and this made travelling light.)

Often described as the ‘King Of South Indian sweets’, this ghee-laden, fudge-like sweet traces its origins to the reign of King Krishna Raja Wadiyar IV (1884-1940). Legend has it that the chief cook of the Mysore Palace, Kakasura Madappa, while preparing lunch for his king, was asked to prepare a different sweet. He decided to experiment with a a mixture of ghee, besan, and sugar, and this new sweet treat was greatly relished by the king. Madappa’s son Basavanna opened Guru Sweets on Sayyaji Rao Road in Mysore, and today, close to a century later, it is run by the fourth generation of Madappa’s family and is still the place to savour the most authentic taste of this legendary sweet dish.